Liam Halligan: Why the latest eurozone bail-out is destined to fail within weeks 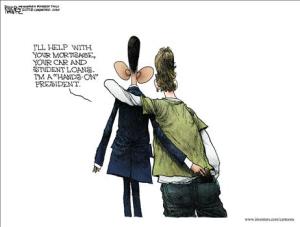 I want last week’s European bail-out to work. My sincere hope is that collective and decisive action by the eurozone’s large member states will stabilize global markets, at least for a while, so allowing the global economy to catch its breath.

As someone who works in financial services, I follow the markets – in the West, across Asia and the entire world – closer than most. Since the Bear Stearns collapse in March 2008, through the demise of Lehman Brothers and its ghastly aftermath, much of my professional life has been dominated by the angry flashing of those little lights on a Bloomberg screen.

In recent years, the violent gyrations on financial markets have been deeply discomforting, causing angst among market professionals, like me – but that is the least significant aspect. For those little lights represent, of course, the ebbs and flows of cash which, in turn, determines the fate of real businesses. It is at the sharp end of employment and livelihoods, dispossessed homes and broken families that the human impact of financial turbulence is most keenly felt….

…The eurocrats, of course, lack the guts to trim back monetary union to a more manageable size. Too much face would be lost. So “euroquake” fears, once viewed as outlandish, are gaining pace. Despite Thursday’s deal, and all the reassurances of a “durable solution”, the Italian government on Friday paid 6.06pc for 10-year money, up from just 5.86pc a month ago and a euro-era high. Such borrowing costs are disastrous, given that Rome must roll-over €300bn of its €1,900bn debt in 2012 alone. A default by Italy, the eurozone’s third-biggest economy, and the eighth-largest on earth, would make Lehman look like a picnic.

The eurozone must be consolidated. World leaders should similarly force European banks to disclose their losses, we all take the hit and then we move on. Instead, we are served-up, in ever more complex variants, the same “extend and pretend” non-solutions. It gives me no pleasure to write this, but I give this deal two weeks.

It is nice to know someone in Europe does not have his head comfortably tucked up his ass.

PS When I watched the news on friday night I said to myself, “Three Days”. I think two weeks is just a little optimistic, don’t you?

Tuesday UPDATE in America – Hate to say “I told you so”, but Greece is wobbling… and it has been three days, hope everyone has a four month food supply and a few guns for family protection.