I love sister, she loves me…

Whenever my children leave I always feel this desolation come over my heart.  I know our dog Sam feels it too.  As the girls arrived home for Christmas, he just kept jumping for JOY around the living room.  As they were preparing to leave the other day, he kept looking at me with this questioning look on his little mug…”Where are they going???”

I didn’t understand how difficult this part of Mothering was going to be.

It is like they just walked out the door with this huge portion of my heart tucked in their backpacks.

We were able to have several spiritual heart to heart chats while they were home and I think it helped them to understand me better.  Those talks always seem to knit us together tighter.  It is pure joy to go from being a Mom of teens, who supervises curfews  and friends and rules to go to being a mom to adult children who is now “Friend”, who is just there to listen and share in the joy of each developmental milestone.

I love my daughters with my whole heart. 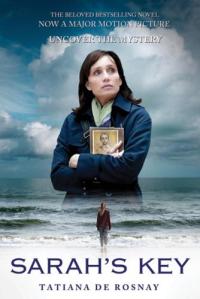 Paul purchased Sarahs Key, the book, for me for christmas.  I noted how much I loved the movie in this blog post.

As I have been slowly digesting this book these past few weeks, I feel the same overwhelm of love that I felt while watching the movie.

This book was so thoughtfully written, and the story of the adulterous husband who wants his wife to abort because he does not want to be an “old father” really touched a nerve.  Not that my husband would ever say to me, “it’s me or the baby” as the husband did in this book/movie, but if I had understood how passionate my own husband would feel about not having babies into his “old age”, I may have looked for a life partner more my own age.

Paul is nine years older than me and is now well into his fifties.

He has been extremely traumatized by the life events we have shared together and so I give him a ton of credit for the faith leap that having our five children placed upon his shoulders.

When I lost my mind in 1989 after the birth of our first daughter, we did not know if we would be able to have any more children.  Paul confided in me that he wanted to run away from home many times the year that I was doped up on psychiatric meds and he was married to a stepford wife. (I was on a cocktail of several drugs – Lithium, Stelazine, Prozac, and Haldol – that left me in a permanent fog of disability and numbed out nothingness)  During the past 23 years it has been a consistent faith walk to search out our hearts and decide how much we could handle as parents.

When I was expecting Ben in 2002 Rusty Yates was being hammered in the media as the source of his wifes psychosis.  Andrea murdered her five children while in the throes of post partum psychosis.  Many of us in the psychiatric survivor movement believe it was the anti depressant she was taking that was the source of this homicidal rampage.

Paul was deeply affected by this incident and the similarities between our two families was striking.  I was homeschooling, had four older children, was pregnant with number five, we are deeply religious, live in a small home, and had a former psychotic episode after a birth.

Dr. Bob Scaer MD of Boulder connects post partum psychosis to Father/Daughter rape.  I had no conscious memory of being sexually assaulted by my Dad until five years ago.  But the symptoms, including psychosis in 1989, have been constant.  I have struggled with a variety of emotional and physical symptoms for my whole life.  I was finally properly diagnosed with Post Traumatic Stress ten years ago, and have been working with a variety of healers and healing modalities to recover from the incest and rape that defined my childhood.  I also had a layering of trauma when I was gang raped in the Michigan state mental hospital by four orderlies when I was admitted  in a psychotic state in 1989.

I continue to have memories of being sexually assaulted and as each incident presents in my conscious mind, it is like it just happened yesterday and so I have to slowly process out the feelings and emotions buried by my childhood brain. I find myself often in a childlike state of mind while moving the memory through my system.  The holidays are a key time for me to process as that was when the majority of the assaults took place during my childhood.

As another layer of trauma moved through my body and mind these past few weeks during the Thanksgiving and Christmas holiday, I found myself in varying states of emotional distress.  On a particularly difficult day I watched Sarahs Key, the movie, and in the movie a mother commits suicide leaving a nine year old child motherless.  My son Ben is nine and as I watched the movie I felt the power of the story just wash over me.  I have struggled with suicidal thoughts since I was fifteen, and although I have never made an attempt, I have been hospitalized for it twice.

During Thanksgiving week I was processing out some terrible memories alone, and while I don’t believe I would ever do it, the fact that it was on my mind in a big way was troubling. I did not have anyone to talk to, and felt overwhelmed by the emotions.  One of the big fears for us as survivors is that the “treatment” will be worse than what we are experiencing.  For me that has been the case many times when I confided in someone what I was feeling.  The overreaction from those around me caused more trauma than if I had just kept my thoughts to myself and so I have learned to be very circumspect about who I share my innermost feelings with.

When in the throes of panic and overwhelm it is often easy to over share with professionals.  I stopped seeing therapists a few years ago because I did not want to waste one more second of my time or money.  It felt like I was giving my abusers additional power over my life by giving in and going to talk to someone.  I am NOT knocking therapy.  The people I worked with ten years ago were CRUCIAL to helping me and Paul to begin working through this process and I don’t regret one dollar spent as we started down this path.  But after spending tens of thousands of dollars on a variety of healing systems, it became apparent that trying to speed the healing process by spending more and more money was not going to work.

I was unprepared for several additional traumas that set me back physically and emotionally.  Traumas and blowback tied to my internet work and political activism.

Traumas that have left me on deaths door over and over these past six years. All of this trauma mixed together has left me feeling like an emotional basket case.  Again, I don’t blame Paul, our life is what it is, and I am daily grateful for the blessing of being a mother to each of our five children.  I love all of them with my whole heart and praise God for the gift and blessing of having them in my life.

I am curious to see what a pregnancy would be like with no trauma rolling through my body.  I know I may have to wait until I get my Celestial Body to have this experience, but I long to welcome another baby into our home now.  Along with the portions of my life that have been stolen by evil people intent on causing me damage and harm, I feel like my “really big family” which I had planned and prepared to have for my whole life has also been “stolen” away from me.

I suppose this is the reason why Sarahs Key resonated so much in my mind at this time.  It wasn’t just the story of a suicidal mother that triggered so much in my heart.  Watching the movie three times during Thanksgiving week was the PERFECT reminder of the consequences to my little boy if I decided to leave this earth life early.  It was also the story of the mother who left her husband in order to give birth to a beautiful baby that moved me in ways that overwhelm and comfort my heart.

Women will go to extremes in order to protect and give life.  I don’t plan to leave my husband in order to have more children.  Five is enough for me and for us.  But I can understand why a woman would be willing to throw a marriage down the tubes if her husband was pressuring her to have an abortion.

At this point I can hardly envision a world where as Isaiah predicted, “None shall hurt nor destroy“, but I can see it from a distance.  We are quickly approaching the time when those who hurt children will never be able to get away with what they have in the past.  All of these sexual abuse scandals that are coming out are proof that our world is moving towards a time when those who have placed themselves in a position of trust and are able to destroy the lives of innocents will be caught, held accountable, and then locked away from society.

It is an exciting thing to consider… 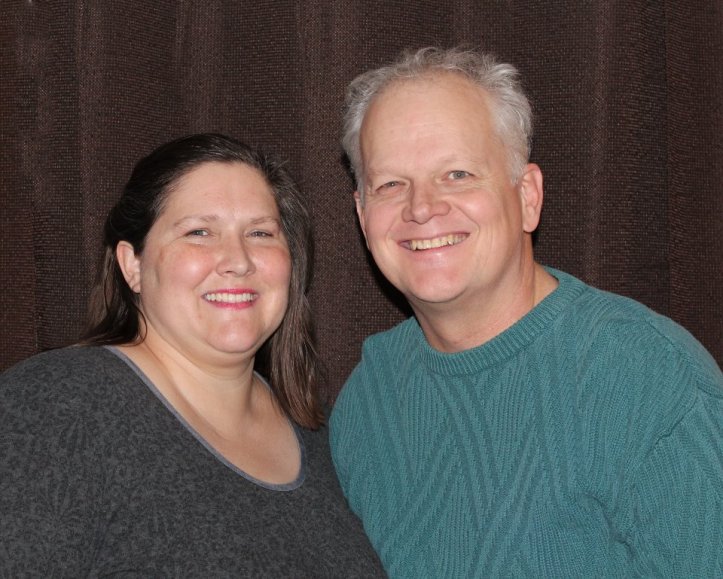