Just another bunch of political criminals, in a long line of Crisis and Crony Capitalists tied to Government Insider Trading

BREITBART CALLS FOR SPENCER BAUCUS TO RESIGN FROM CONGRESS

I was just over on Andrew Breitbarts site and watched the above reports from 60 minutes that ran tonight and a radio program, The Victory Sessions, where Andrew called for Spencer Baucus to resign for insider trading…

Quite a few Congress Critters on both sides of the isle were outed during the 60 minutes report.

These stories reminded me of the first article I wrote for Blogging Mothers Magazine in 2010 where I asked President Obama about his Pharmaceutical stock purchases around the first bi partisan pandemic legislation he proposed as a Freshman Senator in 2005.

The question I would like to ask President Obama is, “where do you stand on the question of Population Reducing Vaccines? And when you wrote the piece in the New York Times back in June of 2005 titled Grounding A Pandemic with Richard Lugar, were you just concerned about peoples health, or did you have a financial and ideological stake in the outcome of this legislation being passed?

“It is essential for the international community, led by the United States, to take decisive action to prevent a pandemic.

So what should we do? Recently, the World Health Organization called for more money and attention to be devoted to effective preventive action, appealing for $100 million.

Congress responded promptly. A bipartisan group of senators obtained $25 million for prevention efforts (a quarter of the request, the traditional contribution of the United States), allowing the C.D.C., the Agency for International Development, the Health and Human Services Department and other agencies to improve their ability to act.”

OK, so the whole world has watched all of you act, and act, and act… and today we were informed that the pandemic alert will be maintained at level six.  Articles have been written, movies and news reports have been made, lives have been permanently altered, and potentially millions of peoples health has been ruined, and/or lives ended.  My final question Mr. Obama is how much money did you make on your stock purchase from Baxter over the past five years and how dare your wife lecture the American People on health issues like obesity while the biggest health fraud of the past hundred years plays out and you and your administration are up to your elbows in the whole scandal?” 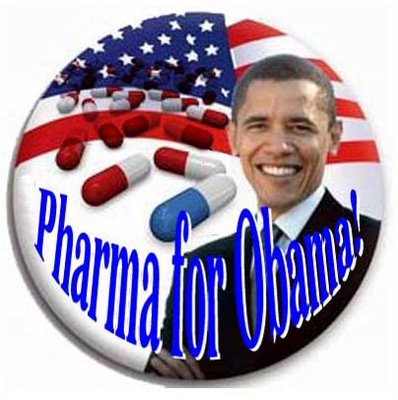 It was around the time that I put together that article that Sherri Kane and Len Horowitz were connecting the dots between Goldman Sachs, Big Pharma, and Media and the Crisis Capitalists who made bank on the BP Oil Explosion.

It appears that this playing of the stock market around crisis is just good business on wall street, and now that our congress critters are being exposed as being in on the game, I say its time to THROW THEM ALL OUT.

Here are three videos from Dr. Leonard Horowitz and Sherri Kane laying it all out.

As Sherri claimed in the above videos Goldman Sachs was not touched in the final edit of Jesses Show, nor were all of the dots allowed to be connected implicating those insiders on Wall Street messing with We The People.

I think it is time for New Media to really take on these criminals and murderers.