The moderators at the site delete over half of what I say and have said since 2007 when I joined as a member.

Last night they published an article commenting on Michele Bachmanns supposed policy flaws as a candidate for POTUS.

Michele Bachmann: U.S. Embassy In Iran (Which Doesn’t Exist) Would Be Closed Under My Watch

I made a statement that could be interpreted either in support of Michele or it could be supposed that I was dumping on her because of the way it was written.  Long term readers of this blog know that I endorsed Michele for president about as soon as she announced her candidacy.  I have loved her ever since watching her give a tea party speech on You Tube.  I think she would be an awesome first female president for the USA.

In my post at Huff Po I said this:

“Herman Cain has been out of the race for almost twenty minutes and now the Media is going to attempt to take out Michele Bachmann..­.

My interpretation of this comment is that with Michele’s Spine O Steel, they can try to take her out, but will not succeed.

A couple of months ago I wrote a comment at Huff Po that was also deleted.  I blogged about it here:

HUFF PO SENT MY COMMENT DOWN THE MEMORY HOLE….THEY DO THIS ALL THE TIME

Since they published my comment about Bachmann, I thought I would start a new category on my blog, “Huff Po Down the Memory Hole”.  Every time I post a comment on that site, I will copy it here and create a quick blog post and if it is deleted, I will publish the post, and if it is kept on the site, I won’t.

Now that the election season is truly heating up the rhetorical exchanges are going to increase and in order to keep the mods at the various sites honest, this will be my simple attempt to question why my comments are deleted from the conversation.

The whole reason I started blogging was because of the extreme bias I experienced as a conservative on the Mothering Magazine Discussion Forum. I joined the forum in June of 2004 and within two weeks I had been told that if I did not stop bating the liberals I was going to be banned. I informed the mods who banned me that if we ever were truly Socialized in America they should look for work as Thought Police because they had the job down pat.  They were not amused.

I was able to last a few more months by extreme moderation in my own tone, but one day I just was so fed up with my comments being deleted, my threads being “pulled for review”, my name being sullied by people whose comments were allowed to stand, that I finally wrote a post that I knew would get me banned. I cut and pasted the comment that confirmed my banning at Mothering over at Free Republic.  Here is a link to it…

Mothering made it so only those long time members are able to see certain boards, like War and Politics etc…so the bulk of my threads and comments you can’t see unless if you are a participant on the board.  Since I mostly posted on the Political Board those comments won’t show up.

The thing is, I never attacked people personally, I only attacked IDEAS.  I was always kind, used no profanity, and bent over backwards to engage in thoughtful debate about war and politics, but it was my willingness to use whatever words were at my disposal to attack and attack and attack collectivism that put the mods panties in a wad. 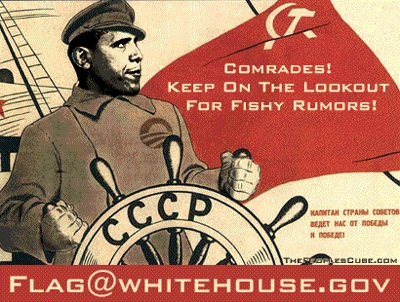 I was surprised this past summer that when attempting to post some links and quotes about Rupert Murdoch on Free Republic I was permanently banned from the site.

As I tried multiple times to Tell the TRUTH about Rupert Murdoch, my comments were deleted almost as fast as I typed them and all three times I tried to link to that story, it was deleted and then I was banned.

I had been a member in good standing since 2003 and was so happy participating on that forum.  I made so many activist friends and spent many happy hours chatting away and organizing Freeps – “tea parties” before they were called tea parties.

I was well aware of a group of health care trolls who dumped on me and my threads every time I tried to post something about natural family living.  I had dealt with those paid pharma whores for years, but this was different, an outright banning just because I am trying to share more good information with my Freeper Pals?  It just made me mad.

Here are the posts at Free Republic that were allowed to stand:

I understand that being an internet moderator in this day and age is not an easy job and I understand if those who deleted felt that my words incited deep emotional reactions.  That is why I take the time to write them.  I WANT to incite deep emotional reactions and engage in debate with anyone interested in these important topics.  The CLASH of ideas is the sound of FREEDOM.  It has been the lack of debate that has enabled our society to get to the place where over half of us felt comfortable voting for a Flaming Marxist.

Andrew Brietbarts efforts to educate seekers of truth have truly helped me to see more clearly that Political Correctness is in fact Cultural Marxism.  Because I choose to live free, I will not bow down to the Gods of “can’t we all just get along”, because that path leads to slavery and death.

It is going to be a wild ride this next year as the debate about how we are going to live as Americans plays out in the Marketplace of Ideas.

I look forward to participating in every spare minute I can carve out of my life.