Roundup compiled by Blogger Jenny Hatch. Five of the best political stories on the web this past week!

1. One of my favorite political commentators outlines ten key areas of concern around Obamas Foreign Policy:

“The 2012 election will hinge on the economy, not on U.S. foreign policy, unless there is a major overseas crisis — an Israeli attack on Iran, an Iranian detonation of a nuclear weapon, a Middle East war, a North Korean attack, or something of that sort. That said, there is much to lament in the current administration’s foreign policy. But Mitt Romney should be careful in critiquing the status quo, given that it is full of paradoxes and contradictions.

The war on terror? Forget the absurd euphemisms like “overseas contingency operations” and “man-caused disasters,” the hypocrisy of railing against waterboarding three known terrorists while blowing up over 2,000 suspected terrorists (and anyone near them), and the half-hearted efforts of both using and trying to close Guantanamo and envisioning Khalid Sheikh Mohammed in a civilian court. What Obama said he wanted to do and what he actually did do are quite different things. In truth, he embraced or expanded almost all the Bush-Cheney protocols that he demagogued against as a state legislator, a senator, and a presidential candidate. That he gave George W. Bush absolutely no credit for surging in and saving Iraq, or setting up the procedures for operations like those that killed bin Laden, is again a matter of ingratitude, not foreign policy, given that the war on terror is now a successful eleven-year continuum…

…The key for the Romney campaign is not, in the manner of the anti-Bush unthinking Left, to offer blanket condemnations, given that on many aspects of the war on terror, Obama, to his credit, continued the successful policies that he inherited. In contrast, there are plenty of policies that are Obama’s own — and therefore quite dangerous.”

2. Tweets on Twitter can now be used in law enforcement

NEW YORK (AP/The Blaze) — Twitter must give a court almost three months‘ worth of an Occupy Wall Street protester’s tweets, a judge said in a ruling released Monday after the company fought prosecutors’ demand for the messages.

Manhattan Criminal Court Judge Matthew A. Sciarrino Jr. rebuffed one of Twitter Inc.’s central arguments, which concerned who has rights to contest law enforcement demands for content posted on its site. But the judge said the company was right on a separate point that that will make it tougher for prosecutors to get to see the final day‘s worth of Malcolm Harris’ tweets and his user information…

…“This is a big deal,” since authorities increasingly seek to mine social networks for information, American Civil Liberties Union staff attorney Adam Fine wrote in a post on the organization’s site in May.

“It is so important to encourage those companies that we all increasingly rely on to do what they can to protect their customers’ free speech and privacy rights,” Fine wrote.

Harris’ case is set for trial in December.”

3. Swatters use every tool possible to defame and discredit whistleblowers and truth seekers

“FROM AN UNDISCLOSED LOCATION 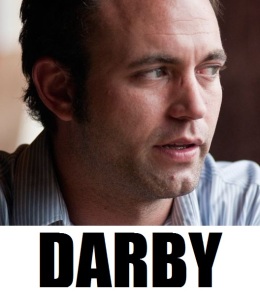 Breitbart.com columnist Brandon Darby plans to pursue a defamation lawsuit against a Democratic political consultant who accused Darby of perpetrating so-called “SWATtings” that have targeted several conservative activists in the past year.

Darby says that Neal Rauhauser falsely accused him of involvement in SWATtings, a dangerous type of illegal hoax that results in armed law enforcement raids against innocent individuals. News of Rauhauser’s accusation, and of Darby’s planned response, was announced today in a press release from the National Bloggers Club. 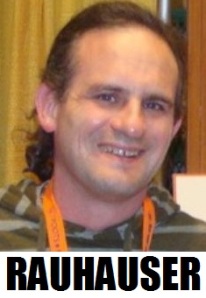 “Darby is being defamed by this dangerous, bizarre fringe activist because he has dared to speak the name ‘Brett Kimberlin,’ is a member of the National Bloggers Club, and associated with Andrew [Breitbart],” the Club’s president Ali Akbar said in the press release (full text below).

Kimberlin, a convicted domestic terrorist who founded two progressive non-profit organizations, has repeatedly filed lawsuits and other legal complaints against bloggers who wrote about Kimberlin’s criminal past. In May, blogger Aaron Walker was arrested after a Maryland hearing in a case involving Kimberlin. Walker was also the target of a SWATting last month.”

4. Does President Obama really believe the debt is unpatriotic?

5. My Personal favorite, saved for last from American Thinker:

More than any six weeks in recent memory, the events that transpired during the period May 21 to June 28, 2012 confirmed the ingenuity and wisdom of the founders and sealed the fate of an administration as well as of the American left.

The founders of the United States, fearful of dictators and monarchs, were determined to diffuse power as much as humanly possible.  They knew, based on firsthand experience as well the writings of men such as John Locke and his emphasis on the rights of property, and Montesquieu and his theory of the separation of power, that only a structure of government geared toward making it extraordinarily difficult for any one person or group to fully seize the reins of governance could insure the long-term survival of a nation.  At the base and foundation of their convoluted but ingenious pyramid, consisting of the federal government (split into three parts) and the individual states and their governmental prerogatives, were the people.

Over the past 220 years prior to 2008, the nation went through an evolutionary process whereby the federal government was granted more power than was ever envisioned by the founders.  However, this has been, as the nation became enormously prosperous, the will of the people in their desire to ensure the welfare of all citizens.  It was never the citizenry’s intention to evolve a monolithic, all-powerful central government controlling the day-to-day affairs of every American.

However, the intention of American left, as personified by the ascendancy of Barack Obama and his radical cohorts, is to establish this monolithic and omnipotent entity.  This has been their singular goal since the 1930s, and in 2008 they thought their moment had come.  Thus the mad dash to pass legislation such as ObamaCare, setting up the EPA as a bludgeon to enforce their green agenda, initiating a quasi-fascist relationship with those in the private economy willing to pledge allegiance and be subservient to the cause, and transforming the Justice Department among other cabinet departments into the enforcement arm of their 1960s radicalism.

But on the road to this utopian paradise a strange thing happened: the structure of government and the most important document in the history of mankind, the Constitution, written two-plus centuries ago, reared their respective heads, sidetracking and dooming this agenda as well as its proponents.

The past six weeks highlight this process.  First, on May 21, 43 Catholic bishops and institutions filed a lawsuit against the Department of Health and Human Services over the contraception and abortifacient mandate issued in January forcing the Church to violate its basic tenets and teachings.  The Catholic Church, normally supportive of liberal welfare causes, found itself in the crosshairs of a dictatorial mindset when it came to what the Obama regime and the left dictates as required belief.  The remedy: invoke the 1st Amendment (freedom of religion) and file a lawsuit while making certain that the public and Catholics throughout the country become informed and vote in November…

…The culmination of this six-week period occurred on June 28.  On that date, the Supreme Court upheld ObamaCare, as the legislation’s penalty enforcing the mandate to purchase insurance was recast as a tax, something Obama and his minions vehemently denied and which the record of congressional debate confirms — but the argument was proffered nonetheless by the Obama administration before the Supreme Court.  Regardless of the motives or lack thereof on the part of Chief Justice Roberts or the potential precedent that may or may not be set, the fact of the matter is that the curtain has been drawn back on the hypocrisy, outright lies, and devious tactics that unfolded during the entire process, as well as the unsustainable cost and loss of individual liberty — all of which Obama must now openly defends.  The constitutional process of judicial review, while arguably flawed, in this case served a valuable purpose.

Later on June 28, in the House of Representatives, Eric Holder became the first attorney general in American history to be cited for contempt of Congress, as both he and the president apparently view themselves above accountability for their actions in the Fast and Furious debacle.  They will now be swallowed up in the vortex created by their attempt to cover up their actions.

Rarely in such a short period of time have any president and his administration been so damningly exposed.  It is now beyond any shadow of doubt that Barack Obama is a fraud, devoid of any character and integrity, and is essentially a megalomaniac immersed in radical ideology.  This can no longer be hidden by the machinations of the mainstream media, as there is now an opposition array of forces willing to highlight and financially capable of highlighting these issues.  Further, and more importantly, these events occurred only four months prior to the election, when the citizenry begins to pay serious attention.

In 2008, little was known about Barack Obama.  However, thanks to the genius of those men 236 years ago who were willing to sacrifice their lives to embrace a sacred honor, he can no longer hide who he is or his agenda.  The past six weeks have sealed his fate, as American citizens concerned about the future of the nation will turn out in massive numbers to vote in November.”

Tune in weekly for a Political Roundup of the best political commentary on the web!