And to finish the expose’ Glenn asked these questions: Beck proceeded with more exclusive information:

The Saudi’s student visa specifically allows him to go to school in Findley, Ohio.  He has been in this country six months.  He has an apartment in Boston, Massachusetts. If this is a case of mistaken identity, then who is the person named in the file, with the same name, with the 3B charge?  And If DHS was working with the person as a source to out the bombers, then why was there a 3B Charge? Exclusive: Why wasn’t the Congressional Committee on Homeland Security notified?  Why are they being cut out of all information?  This is protocol. We are working on the family connections, and there is more to come. Sources tell us this will most likely now be kicked from the DHS to the DOJ and labeled an ongoing investigation that can no longer be discussed.  This will be the reason Napalitano won’t answer the Homeland Security Committee’s request for a briefing.  Like Benghazi they have heavy into a disinformation campaign floating a variety of scenarios to confuse the media, but that apparently doesn’t take much, to prevent the story from being pursued – mistaken identity, wrong Saudi in custody. They are also working very hard to discredit those on the scent.

“I  need you to call your congressmen right now.  There are congressmen who are aware of this, have seen the documentation — they need your support, they need your help,” Beck continued.  “If we do not stand up, he is on a plane tomorrow or he is already gone. “We demand answers from the Justice Department and this administration.” Phone numbers and email addresses for Congress: Click Here Jenny Hatch 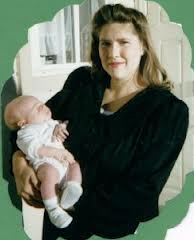