“But other potentially dangerous, unanticipated reactions to vaccines may not be so obvious in VAERS, a system that is believed to miss many potential side effects — or in the nation’s additional monitoring systems, including the Vaccine Safety Datalink and the CDC’s new phone-based tracking program, v-safe.

“It’s quite a hodgepodge of different systems of collecting data,” said Dr. Katherine Yih, a biologist and epidemiologist who specializes in vaccine surveillance at Harvard Pilgrim Health Care. “It’s worth stating that it’s not as good as it could be.”

“There is no single person in charge,” he said. “You need to have somebody in charge.”

Biden administration officials have praised the nation’s vaccine monitoring system, pointing out that it flagged the Johnson & Johnson problems within weeks of the vaccine’s rollout. Federal officials paused distribution to assess additional cases and next steps. They were helped by the fact that European regulators had found similar problems in another vaccine.”

Disturbing to see once rational thinkers advocating for a caste system in America among the vaccinated and unvaccinated and rejecting natural immunity.

In Spain 600 doctors called ‘Doctors for Truth’, stated
‘Covid-19 is a false pandemic created for political purposes. This is a world dictatorship with a sanitary excuse. We urge doctors, the media and political authorities to stop this criminal operation by spreading the truth.’

And finally, more scientists pleading for the rollout to stop.

In a public comment to the CDC, molecular biologist and toxicologist Dr. Janci Chunn Lindsay, Ph.D., called to immediately halt Covid vaccine production and distribution. Citing fertility, blood-clotting concerns (coagulopathy), and immune escape, Dr. Lindsay explained to the committee the scientific evidence showing that the coronavirus vaccines are not safe.

On April 23, 2021, the CDC’s Advisory Committee on Immunization Practices held a meeting in Atlanta, Georgia. The focus of this ACIP meeting was blood clotting disorders following Covid vaccines. Dr. Janci Chunn Lindsay spoke to the CDC during the time set aside for public comment.

The censorship on social media in particular and the internet in general is relentless. Here is a slightly edited, annotated censorship-proof transcript of Dr. Janci Chunn Lindsay’s 3-minute comment.

You can listen to her testimony on YouTube here (for now, anyway. If this link goes viral, YouTube will likely censor it).

Hi, my name is Dr. Janci Chunn Lindsay. I hold a doctorate in biochemistry and molecular biology from the University of Texas, and have over 30 years of scientific experience, primarily in toxicology and mechanistic biology.

In the mid-1990s, I aided the development of a temporary human contraceptive vaccine which ended up causing unintended autoimmune ovarian destruction and sterility in animal test models. Despite efforts against this and sequence analyses that did not predict this.

I strongly feel that all the gene therapy vaccines must be halted immediately due to safety concerns on several fronts.

First, there is a credible reason to believe that the Covid vaccines will cross-react with the syncytin and reproductive proteins in sperm, ova, and placenta, leading to impaired fertility and impaired reproductive and gestational outcomes.

Respected virologist Dr. Bill Gallaher, Ph.D., made excellent arguments as to why you would expect cross reaction. Due to beta sheet conformation similarities between spike proteins and syncytin-1 and syncytin-2.

I have yet to see a single immunological study which disproves this. Despite the fact that it would literally take the manufacturers a single day to do these syncytin studies to ascertain this [once they had serum from vaccinated individuals]. It’s been over a year since the assertions were first made that this [the body attacking its own syncytin proteins due to similarity in spike protein structure] could occur.

We have seen 100 pregnancy losses reported in VAERS as of April 9th. And there have [also] been reports of impaired spermatogenesis and placental findings from both the natural infection, vaccinated, and syncytin knockout animal models that have similar placental pathology, implicating a syncytin-mediated role in these outcomes.

Additionally, we have heard of multiple reports of menses irregularities in those vaccinated. These must be investigated.

We simply cannot put these [vaccines] in our children who are at .002% risk for Covid mortality, if infected, or any more of the child-bearing age population without thoroughly investigating this matter.

[If we do], we could potentially sterilize an entire generation. Speculation that this will not occur and a few anecdotal reports of pregnancies within the trial are not sufficient proof that this is not impacting on a population-wide scale.

As we are seeing coagulopathy deaths in healthy young adults with no secondary comorbidities.

There have been 795 reports related to blood clotting disorders as of April 9th in the VAERS reporting system, 338 of these being due to thrombocytopenia.

There are forward and backward mechanistic principles for why this is happening. The natural infection is known to cause coagulopathy due to the spike protein. All gene therapy vaccines direct the body to make the spike protein. Zhang et al in [a scientific paper published in the Journal of Hematology & Oncology] in September 2020 showed that if you infuse spike protein into mice that have humanized ACE-2 receptors on blood platelets that you also get disseminated thrombosis.

Spike protein incubated with human blood in vitro also caused blood clot development which was resistant to fibrinolysis. [Fibrinolysis is the body’s process of breaking down blood clots]. The spike protein is causing thrombocytic events, which cannot be resolved through natural means. And all vaccines must be halted in the hope that they can be reformulated to guard against this adverse effect.

Third, there is strong evidence for immune escape—

At this point in her oral testimony, Dr. Janci Chunn Lindsay was interrupted by a man’s voice: “Thank you for your comment, your time has expired.”

I reached out to Dr. Janci Chunn Lindsay to find out what else she had wanted to share with ACIP, in addition to her concerns over fertility and blood-clotting disorders. She sent me back her third point, which she submitted as written testimony.

Third, there is strong evidence for immune escape, and that inoculation under pandemic pressure with these leaky vaccines is driving the creation of more lethal mutants that are both newly infecting a younger age demographic, and causing more Covid-related deaths across the population than would have occurred without intervention. That is, there is evidence that the vaccines are making the pandemic worse.

It is clear that we are seeing a temporal immune depression immediately following the inoculations [see World Meter Global Covid deaths counts following inoculation dates] and there are immunosuppressive regions on spike proteins, as well as Syn-2, that could be likely causing this, through a T-cell mediated mechanism. If we do not stop this vaccine campaign until these issues can be investigated, we may see a phenomenon such as we see in chickens with Marek’s disease.

We have enough evidence now to see a clear correlation with increased Covid deaths and the vaccine campaigns. This is not a coincidence. It is an unfortunate unintended effect of the vaccines. We simply must not turn a blind eye and pretend this is not occurring. We must halt all Covid vaccine administration immediately, before we create a true pandemic that we cannot reign in.

Stephanie Seneff, Ph.D., an expert in protein synthesis, believes that Dr. Lindsay’s hypothesis is correct. “I absolutely share these concerns,” Dr. Seneff, who is a senior research scientist at MIT, wrote to me in a sobering email.

“The potential for blood clotting disorders and the potential for sterilization are only part of the story. There are other potential long-term effects of these vaccines as well, such as autoimmune disease and immune escape, whereby the vaccines administered to immune-compromised people accelerate the mutation rate of the virus so as to render both naturally acquired and vaccine-induced antibodies no longer effective.”

Like Dr. Lindsay, Dr. Seneff believes we need to immediately halt Covid vaccine campaigns. “This massive clinical trial on the general population could have devastating and irreversible effects on a huge number of people,” Seneff explains.

Despite these fertility and blood disorder concerns, the CDC panel voted last Friday to resume the use of the Johnson and Johnson vaccine. They did, however, suggest an FDA warning label be added. Their argument against halting Covid vaccination? The CDC believes the benefits outweigh the risks. 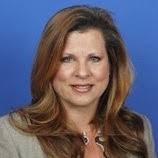 Dr. Janci Chunn Lindsay is the Director of Toxicology and Molecular Biology for Toxicology Support Services, LLC. She holds a doctorate in Biochemistry and Molecular Biology from the University of Texas Graduate School of Biomedical Sciences, M.D. Anderson Cancer Center-Houston. Dr. Lindsay has extensive experience in analyzing the molecular profile of pharmacologic responses. Her expertise centers on evaluating the complex dynamics of toxicity, such as toxicant pharmacology, exposure route, host metabolism, and subsequent cellular effects as they relate to the contribution of specific substances to impairment, health and fertility risk, and human disease.

Related articles:
Can You Still Get Covid After Vaccination?
23 Covid Memes to Make You Laugh, Cry, and Wince
Natural Treatments for Coronavirus

Jennifer Margulis, Ph.D., is an investigative journalist, book author, and Fulbright awardee. She is the author of Your Baby, Your Way: Taking Charge of Your Pregnancy, Childbirth, and Parenting Decisions for a Happier, Healthier Family, co-author (with Paul Thomas, M.D.) of The Vaccine-Friendly Plan, and The Addiction Spectrum: A Compassionate, Holistic Approach to Recovery. Follow her on Facebook, Twitter, and Pinterest.