The UKCOLUMN has published two interviews with whistleblowers from within the UK’s NHS (National Health Services).

On April 14th they interviewed a nurse whistleblowerwho referred to the experimental COVID injections as “genocide,” and her interview prompted a Senior NHS Board member to come out also and warn the public, in an interview with Brian Gerrish.

She agreed with the nurse who came forward that “genocide” is the proper word to describe what they were seeing with the adverse reactions to the experimental COVID injections.

If I had a magic wand, it would just stop. It would stop now, before we hurt anybody else. That would be amazing.

That would be the best day ever, because every day I wake up, I think about how I can find that golden nugget to try and wake up the people around me to the damage we are causing.

We are causing — I mean, we heard the word ‘genocide’ from the lady on Wednesday. I don’t disagree with that statement. And it’s terrifying, and it saddens me, and the reason I’m staying where I am for now is to try and make a difference in whatever way I can.

Brian Gerrish then asks her:

And one thing that’s come into my mind while you were talking there, so just allow me one very last one: what advice, or what would you say to your NHS colleagues, to encourage them to think about what’s going on?

Honestly, what comes to mind is, “Your children are next.” And that is terrifying, and it makes me well up when I think about it.

And we’re getting younger and younger here now, and our time’s running out.

Listen to the interview and read the transcript at The UKCOLUMN.

The video is currently on the Vimeo platform which has been known to censor anything negative regarding vaccines, so we have copies on our Rumble and Bitchute Channels as well. 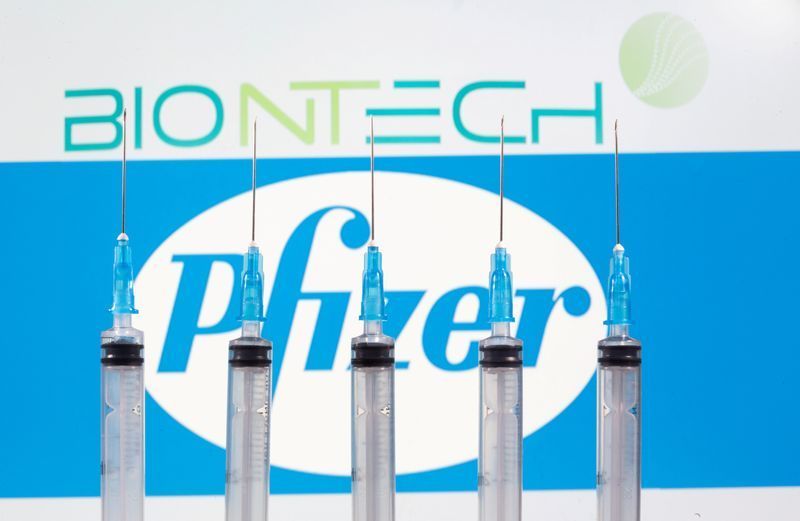 Just days after this interview with the Senior NHS Board member, it was announced that Pfizer had applied for emergency use authorization with both the FDA in the U.S., and the EMA in Europe, to inject 12 to 15 year olds with their experimental COVID mRNA shots.FiercePharma reported:The European Medicines Agency (EMA) started an “accelerated assessment” of Pfizer and BioNTech’s COVID-19 vaccine, known as Comirnaty, for people aged 12 to 15.The EMA said its recommendation could come in June—unless additional information is needed—and would apply to all member states, pending the European Commission’s final consent.The FDA is expected to authorize Pfizer’s COVID-19 vaccine, which it created alongside BioNTech, for adolescents 12 to 15 years old by early next week, The New York Times reports, citing federal officials.The agency’s endorsement would be an amendment to Pfizer’s existing emergency use authorization, and the CDC’s Advisory Committee for Immunization Practices (ACIP) would likely meet the following day to examine the clinical trial data. (Source.)FiercePharma also announced today that Pfizer has made $3.5 BILLION so far this year for their experimental COVID mRNA shots, and is projected to make $26 BILLION by the end of the year.In the first three months of 2021, Pfizer’s COVID-19 vaccine pulled in as much revenue as some pharma blockbusters make in an entire year. That’s just the beginning, as Pfizer eyes sales from more than a billion additional doses before the end of 2021.The mRNA-based shot Comirnaty—first to market in the U.S.—reeled in $3.5 billion globally in the first quarter, Pfizer said (PDF) in its earnings report. For the full year, Pfizer projects a whopping $26 billion in Comirnaty sales, based on the 1.6 million doses the company has pledged worldwide.Meanwhile, Pfizer now has a full FDA approval in its sights. (Full article.)Are the Europeans and the U.S. citizens going to allow this to happen? Many have voluntarily accepted the injections for themselves, but will they now sacrifice their children on the altar of pharmakeia?Rescue those being led away to death; hold back those staggering toward slaughter.If you say, “But we knew nothing about this,” does not he who weighs the heart perceive it? Does not he who guards your life know it? Will he not repay each person according to what he has done? (Proverbs 24:11-12)Comment on this article at HealthImpactNews.com.